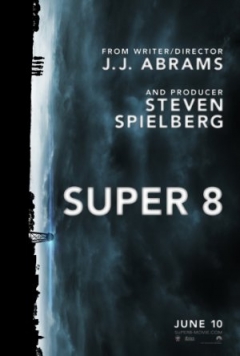 Factual errors: When Elliot goes to sleep outside to look for E.T., the moon is directly behind him. When he is awakened several hours later, the moon is in the same position.

Continuity: When E.T. gets on his ship, Elliot's mother gets up twice, and Elliot is (not) holding his dog by the collar.

Audio/visual unsynchronized: When Mary reads "Peter Pan" to Gertie, there's a view of her silhouette on the closet door slats. Her lips don't match the narration.

Revealing mistakes: One of the boys moves his lips in sync with Elliot's line, "Nobody go out there."

Continuity: Elliot crashes his bike during the chase through the new housing development, but is back in the pack an impossibly short time later.

Continuity: After one of the kids whips off his balaclava and says, "We made it!" during the bike chase, a hoard of government agents rush into the street behind him. In the next shot of Michael reacting, his friend takes off the balaclava again and the agents run into the street again.

Crew or equipment visible: When Elliot, Michael, and E.T arrive at the park after escaping the scientists, a ramp can be seen where they drive over the curb.

Continuity: When E.T. is alone in the house and misspells "nuisance" on the toy, we see that the back panel has been removed, but in the next shot the panel is back on. Later, when E.T. drags the blanket with the "phone" ingredients on it, the panel is back off.

Continuity: At the beginning when the men are searching for E.T., the keys on the "Key Man" keep changing sides between shots.

Continuity: The size of the eye holes on E.T's ghost outfit change shape and size several times (most noticeable when Michael finds the abandoned outfit when he is looking for E.T.)

Revealing mistakes: When "Keys" goes inside the Clean room created for ET and Elliot, he and others wear a "Clean Suit" , but the tubes coming out of the helmet go nowhere, not even a filter, meaning they are breathing contaminated air and that the suit is useless.

Continuity: When the plastic hallway with the scientists in it detaches from the speeding van, the ramp that was seen in the shots before is gone.

Revealing mistakes: [20th Anniversary edition] The government agents and police have had their hand guns replaced by walkie-talkies... but they are still extending their trigger fingers for no apparent reason.

Revealing mistakes: When the boys are racing away on their bicycles from the Feds, the stunt doubles for Elliott and his friends are obviously way too tall to be children.

Factual errors: In addition to the other lunar errors, at first we see a crescent moon then the famous full moon being crossed by the bicycles (later to become Amblin Entertainment's signature logo). From thin crescent to full moon takes about half a lunar cycle, 14 days, but the time frame of the movie suggested only a few days at most.

Continuity: When the boys are playing around the kitchen table, the cigarette and ashtray disappear.

Continuity: In the 20th Aniversary edition, in the scene where Eliott is showing E.T. the bathroom and is then on the phone with his mother, the coke can changes designs. At first, it is the older version from 1982, then it changes to the updated 2002 can design. It switches back and forth for the entire length of the scene.

Continuity: When Elliot thinks ET is dying, and is talking to him through the window of the box, the towel that is wrapped around Elliot keeps changing position - sometimes it is wrapped tightly around his neck, and other times it reveals a bit of his left side.

Continuity: Elliott is given money and told to wait for the pizza guy outside, indicating the pizza has been ordered and on its way. But a line or two later, the boys ask him to make sure he orders lots of pepperoni and sausage. He is then seen outside meeting the driver at the foot of the driveway.

Errors made by characters (possibly deliberate errors by the filmmakers): Early in the film, Mike backs the family car down the driveway, then drives it a short distance back up. But when he and Elliot hijack the van near the end, Mike claims he's never driven forward before.

Audio/visual unsynchronized: When E.T. takes a can of beer from the fridge, we see Harvey the dog bark twice - but we don't hear the first bark.

Continuity: When Gertie is waiting with the bike at the rendezvous, the sun is just about to set behind the mountains. Yet there is still plenty of daylight for the Halloween street scenes. The sun is then shown much higher above a smaller foothill. Finally, when the kids and E.T. meet up at the bicycle, the sun has just dropped below the mountain peak.

Incorrectly regarded as goofs: Some are confused when E.T. magically heals Elliot's cut finger that the blood disappears. E.T.'s true powers are not fully known so it is possible E.T. made the blood go back into his body along with healing the wound.

Audio/visual unsynchronized: Near the beginning of the film, when the trucks race through the woods approaching the expected location of the spaceship landing, one of the trucks "screeches" when it stops. A vehicle's tires would not screech on wet, muddy ground.

Crew or equipment visible: As Michael leads Mary into the bathroom where Elliot and E.T. lay sick, the camera dollies backwards, brushing past and visibly disturbing an indoor bamboo tree.

Revealing mistakes: [20th Anniversary edition] When E.T. is eating potato salad and drinking beer in front of the refrigerator during the scene when he is alone at home, the shadow of his head cast on the fridge door is that of the original puppet, not the CGI head.

Errors in geography: The street the boys turn onto during the chase when the boy says "we made it" isn't the same street as they had turned into. There should have been houses, but instead there were just trees and cars.

Revealing mistakes: When Elliot returns with a snack for a frightened E.T. hiding among stuffed animals in his toy closet and asks "want a Coke?", the stuffed animals around E.T. fall down, knocking off some chips from Elliot's plate on to the animals. There are already chips on one of the animals as it falls, before it has a chance to actually touch the plate (possibly left behind from earlier takes).

Errors in geography: Almost everything about the phases and appearance of the moon is wrong for the northern hemisphere.

Crew or equipment visible: The silhouette of the mime wearing the E.T. gloves can be seen through the railing when Elliot is luring E.T. with the Reese's Pieces.

Continuity: When E.T. is walking outside during Halloween, the eye holes on his sheet are far apart and only one is matched up to his eyes. However, the shots of what E.T. is seeing through his sheet show the two eye holes lined up close together.

Continuity: When E.T. runs through the swing set he sets everything moving. The far shot of Elliot shows the two-man swing is stationary. In the next close shot it is moving again.

Continuity: When Elliott and his four companions "land" their bikes in the forest on their way to the spaceship, there are clearly six sets of bike wheels landing, not just five.